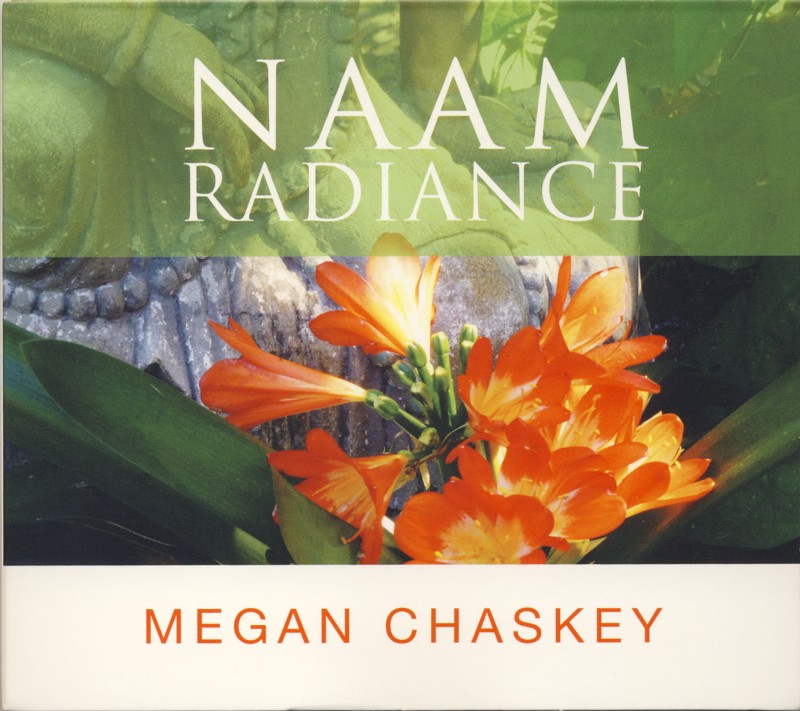 This is a thoughtful and useful collection of musical mantras that follows the course of a typical Naam Yoga session. Chaskey is a Naam Yoga Therapies teacher in addition to being a singer, composer, flautist, poet, and healing practitioner. She brings practical experience to the table with this CD, and is joined by other excellent musicians. The album is almost entirely performed on instruments by live musicians. This is Chaskey’s fourth CD.

Naam Yoga promotes radiant health through yoga postures, rhythmic movement, and mudras supplemented with mantras and focused breathing. It is intended to harmonist all levels of being, spiritual, mental, physical, and emotional, and intensify intuitive awareness. The mantras that Chaskey sings are not in traditional Sanskrit. The words are Gurumukhi, 600-year old chants written by mystics and Sikh gurus.

The album begins with “Invocation”, a brief meditative piece with a beautiful cello accompaniment. This is followed by mantra meditations to deepen the connection with the listener’s inner state. The music becomes more rhythmic and energetic in the middle and concludes with more relaxing, low-key music to complete the cycle of healing and release.

The central songs are accompanied by a variety of percussion in Hindu and tribal-world drumming styles. Chaskey’s vocal melodies aren’t traditional ragas, but Western-style melodies fused with an eastern flair. The CD cover includes the full text of the mantras with translations and explanations of the purpose and intent of each. This is a very helpful feature for people who want to work with the music during yoga sessions, therapy, or meditation.

Instrumentalists include David Darling on cello, Mike Guglielmo on percussion, Scott Petito on guitar, bass, piano, and percussion, and Aine Minogue on harp. There are ten tracks on the CD, the Invocation followed by three trilogies. The first trilogy rises in energy. The second trilogy is energetic and dynamic. The final three tracks return to a calmer, more meditative pace. The final track, “Sat Nam” features several overdubs of Chaskey’s voice, which gives an otherworldly, temple-like feel to the music.

The deliberate organization of musical ideas and pacing make the CD suitable for multiple uses. The East-West fusion is quite accessible for all listeners. This CD is recommended for yoga instructors and practitioners, for meditations and rituals, and for all forms of healing, massage, Reiki, and therapy sessions. The live performances may be greatly preferred by listeners who dislike synthesized sounds and music that relies heavily on samples. Recommended.