The Spiritual Dimension of the Beatles 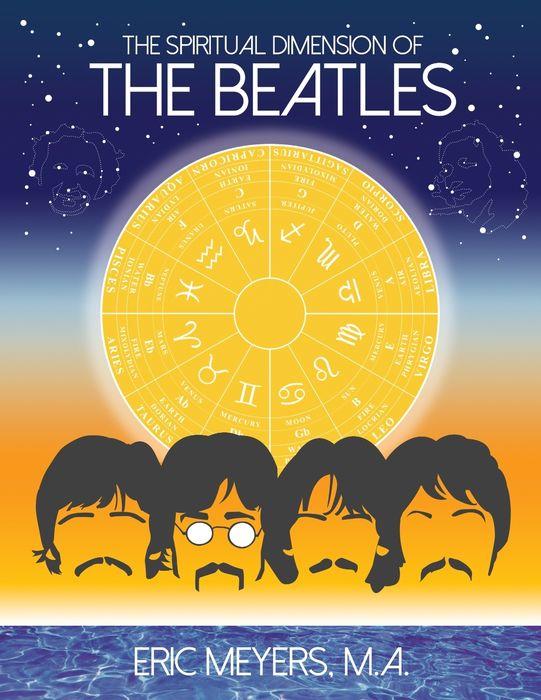 For those of us who’ve loved the Beatles all our lives, this book explains why.

It’s actually two books, between two covers, and it’s a phenomenon unto itself, at nearly 500 pages. Part 2 is written for astrologers and students of astrology with charts and detailed analyses of the Fab Four as individuals, in their synastry with each other and as a group, the dates for major transitional events, including when songs and albums were released.

Part 1 is for any Beatles lover, with brief astrological notations bracketed and easily passed over. Don’t miss out on reading this book if you don’t already know astrology. This is way, way more than an astrology book. Nor does it cover the Beatles as any previous author has done. It’s not so much about their role as entertainers, and it doesn’t do a retread of the old controversies such as whether Yoko was a source of group discord, or about that time when John compared the group to Jesus. This is a book about why millions of people love the Beatles so much. Short answer: it’s because their spiritual, psychological and emotional journeys are like our own. But this book isn’t just for old hippies, either. It’s for anyone who wants a deep dive into how a cultural phenomenon captures shared, collective processes of growth and maturity.

Eric Meyers is a seasoned astrological author and counselor who comes out of the recent trend of “evolutionary astrology.”  He’s different than other evolutionary astrologers, though, in that he’s particularly well-educated and trained as a therapist, and he’s on the very high end of empathic sensitivity among astrologers. (Disclosure: I’ve taken classes and have had readings with Eric Meyers and many others.) With The Spiritual Dimension of the Beatles, Meyers has out done himself.  This is a masterful work of scholarship that role models how to blend technical astrological analysis with psycho-analytic theory and then write it in such a way that—well, I did not want to put the book down.

In Part 2, Meyers summarizes his own approach to astrology, which he elaborated on in at least two of his earlier books, The Astrology of Awakening (Vol. 1, 2012 and Vol. 2, 2016).  Reincarnation is a premise of his view, but it’s not a static view.  In Meyers’ astrology, the natal Sun represents our extended developmental journey in this life time as we meet and experience unresolved patterns represented by our astrological Moon.  (That’s just a glimpse. There’s much more to Meyers’ astrology.)

One of the gems of the current book is Meyers’ highlighting of the role of the Muse, symbolized by the asteroid Euterpe, which appears over and over again in the astrology of the Beatles.  The Muse is central to Meyers’ interpretation of the role of John’s and Paul’s late mothers Julia Lennon and Mary McCartney -- the book is dedicated to them -- as sources of songwriting inspiration and as key figures in their sons’ processes of maturation.  The Muse, Meyers writes, “turns out to be the spiritual star of the show.”

The major dimension of this book that had me gently weeping at times is Meyers’ exposition of the five major thematic threads that ebb and flow through the Beatles’ musical lyrics.  Toward the end of the book, he lists the lyrical lines that capture each thread, album by album, in chronological order by theme.

First are the many solar songs, using the words “sun,” “light,” “bright,” “shining”, a theme that increased in the Beatles’ work over time.  The solar songs contain a teaching about awakening, Meyers writes.  There is light, and we can reach it.   Second are the dream songs, using words about hopes and dreams, actual nocturnal dreams, and figurative dreaming, i.e. a process of consciousness becoming aware of the transience of life.  Third are the many songs employing themes of death, people being gone.  Fourth are the “call” songs about reunions, a desire to bridge estrangement , including lyrics about reaching out to loved ones via telephones or notes.  Fifth are songs about darkness and night.   There are also minor threads of rain, mother, birds, flutes, and even violence, but the motif that runs through the whole Beatles story line is the Muse, represented by Julia Lennon and Mary McCartney, speaking through the loneliness of John’s wounded childhood and Paul’s unresolved grief at the loss of his Mother.  She comes in the darkest hour:  “There is still a light that shines on me.”

It is the themes, the threads of the Beatles’ art, that made millions of us their life-long lovers.  After reading Meyers’ book, I now get why. It’s because their journeys mirrored our own:  the childhood loneliness and grief over loss of parental security, the need to channel sorrow into something creative, and even to be recognized for it, the search for meaning beyond commercial culture and corporatized religions. Millions of us wore out our tiny turn-tables listening over and over, alone in our rooms.  We took acid, we protested against war, we took up meditation and hunted for gurus.  We were companions with the Beatles on their long and winding roads.

“The core life energy of the band [Cancer Sun] gradually awakens into depth and love,” Meyers writes. “They had significant emotional energy to work with and resolve, matching their individual circumstances.  People love the Beatles, and they loved each other… The band famously created a protective shell [Cancer] for privacy and security… Their songs and personas invite their audience to feel personally engaged, as if they are a part of us. The potential was to bring the world together as a family.”

They did.  And with this book, Eric Meyers continues to weave the threads, toward doing just the same.