A Modern Celt: Seeking the Ancestors 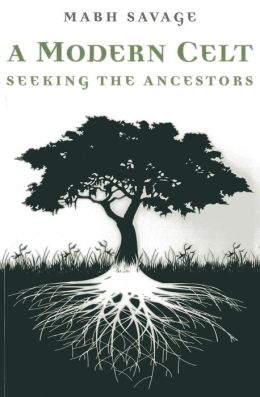 A Modern CeltA Modern Celt is my favorite kind of pagan book: one that makes historical traditions and sources relevant for the modern reader. Mabh Savage has turned out a useful work that will resonate with anyone interested in Celtic spirituality.

Steeped in Celtic lore and mythology from an early age, Ms. Savage understands that not every person will connect with every deity, but that the Celtic tradition as a whole has deep meaning for many modern Pagans. To this end she introduces us to the Irish gods and goddesses, not just as they appear in the ancient tales, but as they have shown themselves in her life and the lives of those close to her.

In addition to discussing the deities, Ms. Savage takes the reader through the wheel of the year from the viewpoint of modern Celtic spirituality, offering glimpses into the meaning of each major point on the circle and inviting us to explore them more deeply ourselves. She also shares wonderful stories from her fellow Celtic Pagans, showing us that magic is very much alive in the world and that it touches those who are open to it.

I was especially moved by the chapter about the ancestors. My personal spiritual practice revolves around my ancestors, which is unusual in today's Pagan community, as far as I have been able to tell. Ms. Savage's conversations about the ancestors, on whose shoulders we stand, offer helpful advice and information about how to approach this aspect of spirituality and incorporate it into modern Pagan practice.

The book includes a useful set of appendices in the form of a little encyclopedia of Celtic lore, from sacred trees to symbolic animals to the major figures of Celtic mythology.

"I don't so much 'believe' in gods and goddesses, but accept their existence; I've always found that belief implies doubt, and I have no doubts about the beings that share my world with me."

Ms. Savage experiences the Celtic deities as living beings, as current and relevant as you or I, and she shares this experience in vibrant, approachable prose. This is real, current, living spirituality, a connection from the deep past to the most recent moment.