The Sacred Science of Ancient Japan: Lost Chronicles of the Age of the Gods 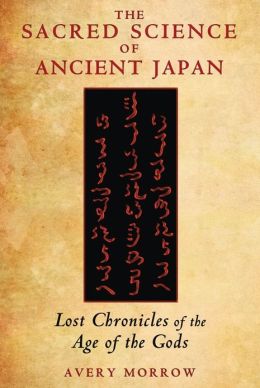 Morrow delves deeply into the nature of history, truth, belief, fact, fiction, and tradition in this book. He offers an inside view of four Japanese “parahistories” that describe amazing historic or prehistoric events. They are described as parahistories because the provenance is problematic. The documents submitted to critical inspection in this book are: The Sendai Kuji Hongi Taiseikyō (written in 620 CE, released in 1679); The Hotsuma Tsutaya (written in 100 CE, released in 1775); The Takenouchi Documents (prehistoric, appeared in 1921), and The Katakamuna Documents (prehistoric, appeared in 1966). The dates of origin and appearances are, to say the least, issues of contention!

Like that other great island nation, Great Britain, Japan both gained and suffered from the influx of mainland influences. Indigenous clans were displaced, their heritage threatened with obscurity. Family clans stashed secret documents in Shinto shrines around the island. The Sendai Kuji Hongi Taisaikyo (or the Kujuki), a text preserved by the Mononobe clan, is claimed to be the lost history of Japan before 620 CE. It includes the story of Prince Shotuku and the constitutions he wrote to promote good governance. Kujuki-72, the most complete edition, also includes information on futomani divination, ancient song-poems, prophecies, medicine, and mystical philosophy. Although the Kujuki has a strong claim as a genuine history, it has been rejected by scholars since it resurfaced in 1679.

The Sendai Kuji Hongi Taiseikyō and the Hotsuma Tsutaye are lost histories that were preserved by families. Both resurfaced and were rejected by the authorities and scholars during the Edo period (the mid 1700’s). The Takenouchi and Katakamuna documents are of a slightly different nature – not histories, per se, but revelatory manuscripts. Both appeared in the 20th century and are of interest to Japanese occultists. The Katakamuna documents present a magical-philosophical system that shares numerous principles with Neo-Platonic Hermeticism.

In the final chapter, the author tackles the difficult task of advocating literary and cultural relevance for these parahistories. Critics and skeptics condemn them as forgeries, myths, and religious delusions. But those excuses oversimplify the importance and ignore the impact of these documents. Very little real scholarly study has been dedicated to these manuscripts. Morrow proposes a value-based assessment. The book's back matter includes two appendices with the time-lines of Japanese and Western parahistories for comparison, end notes, a glossary of Japanese terms, a bibliography, and an index.

If a reader is interested in studying Japanese occult ideas, this text highlights a number of books worth pursuing to that end. Perhaps scholarly works on oriental occultism are relegated to obscure academic journals; there's a dearth of well-written, carefully researched books. Morrow's descriptions of the material contained in the parahistorical manuscripts are surprisingly compelling. They are a treasure-store of philosophical riches and fascinating lost scripts. The author gets a bit bogged down in the struggle to show relevance; the arguments offered are valid but seem incomplete. Perhaps the only way to see these documents as relevant is by not being Japanese. An outsider looking in may comprehend a nation's internal paradoxes while being at liberty to appreciate its oddball productions. To paraphrase Terry Pratchett, when you look into a cultural abyss, don't be surprised to see parahistories at the bottom waving up at you.

Morrow's heroic scholarly efforts to produce a comprehensible examination on a very difficult, dense topic are commendable. It is a singularly significant work on an obscure but fascinating aspect of Japanese culture. Well done!