The Light of Sex: Initiation, Magic and Sacrament 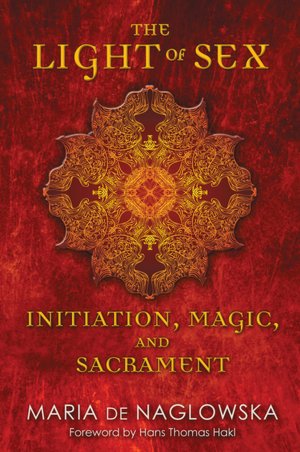 Maria de Naglowska (1883-1936) was born as Mariya Naglovskaya in St Petersburg. She left Russia for Berlin before settling in Geneva; lived in Rome, and later Paris. The rumours surrounding her fly: she may have known Rasputin, she may have had a love affair with Julius Evola, she may have been a member of this or that secret society. We do know that she was a journalist, a poet, and she has several books to her name.

Today de Naglowska may be best remembered for her “translation” of Paschal Beverly Randolph’s Magia Sexualis, which, as I learned from the Donald Traxler’s introduction, seems to have included much of her own material, as well as that from other sources. Though with this new translation of The Light of Sex – the first time it has appeared in English – and several other translations of her work forthcoming from Inner Traditions, her renown is likely to grow.

In Paris de Naglowska earned the nickname La Sophiale de Montparnasse” for her teachings on “Satanism” and sex magick. Though she called herself a “Satanic woman”, her views on Satanism were not based on traditional Christian mythology. She equated god with life, and Satan with the negation of life, and both aspects are a necessary part of being human.

de Naglowska’s retelling of the myth of original sin is unique.  In her depiction, the interaction between Eve and the snake is carnal, as the snake enters Eve,  “slipping through the warm moss of the troubled beauty, Satan deposited there his acid venom. Eve knew the first shutter of love, and revealed the secret of it to Adam.” The myth of the sin becomes a sexual secret, not a moral one. Further, this secret represents a triumph, as a “living symbol…in which Intelligence replaces Reason”.

In this, she attempts to balance a perceived polarity; she writes, “the head of the Man belongs to Satan (-), the head of the Woman to God (+), the sex of the woman to Satan (-), the sex of the Man to God (+).” de Naglowska repeatedly acknowledges that this is poetry, not history, and as such it is intended as a mythological representation rather than factual.

The initiation rites of the Golden Arrow are described in first hand accounts, as if by one of its participants. The entire ritual is told from a male point of view and, until the final rite, no women are present during the ritual. At the final stage of each rite, the woman plays a passive role, to the point where she is actually said to be asleep on the altar. Whether taken symbolically or literally, it leaves little for a woman to do in this order besides serve as an object of lust. An object of worship as well, yes, but ultimately they remain no more than objects.

In the second rite, more priestess enter the ritual chamber in a slow, undulating dance. We learn that the priestesses who are “selected” must be blondes, “because the Morning Star cannot come from the mixed races, nor from the southern races.” The translator tries to explain away this bit of racism as a reference to messianic mythology, but it doesn’t sit well with the modern reader, whatever the excuses are given. It’s worth noting that none of these rituals were performed during de Naglowska’s lifetime.

Despite repeated calls for attention to balance in de Naglowska’s philosophy, the rituals she presents fail to demonstrate it. Where men are “initiated” into her circle, women are “selected”. While there seem to be no restrictions regarding men, the women must be comely blondes. The men partake in a long, elaborate ceremony, whereas the women are sequestered for most of the ritual. We can only hope that the forthcoming volumes will clarify the role women are to play in these rites and offer new insight.

The Light of Sex is a fascinating historical record of the philosophies and rites of the Golden arrow, as conceived by Maria de Naglowska, but its central mythology is fraught with problems that would make it difficult for a modern group to accept at face value.

Psyche is a writer living in Toronto. Her work has appeared in numerous magazines, including Trigger 93, Konton, and PanGaia. Her essay "Strategic Magick" appeared in the anthology Manifesting Prosperity (Megalithica, 2008). She can be found online at http://nicomaramckay.com.